Toilers of the Sea 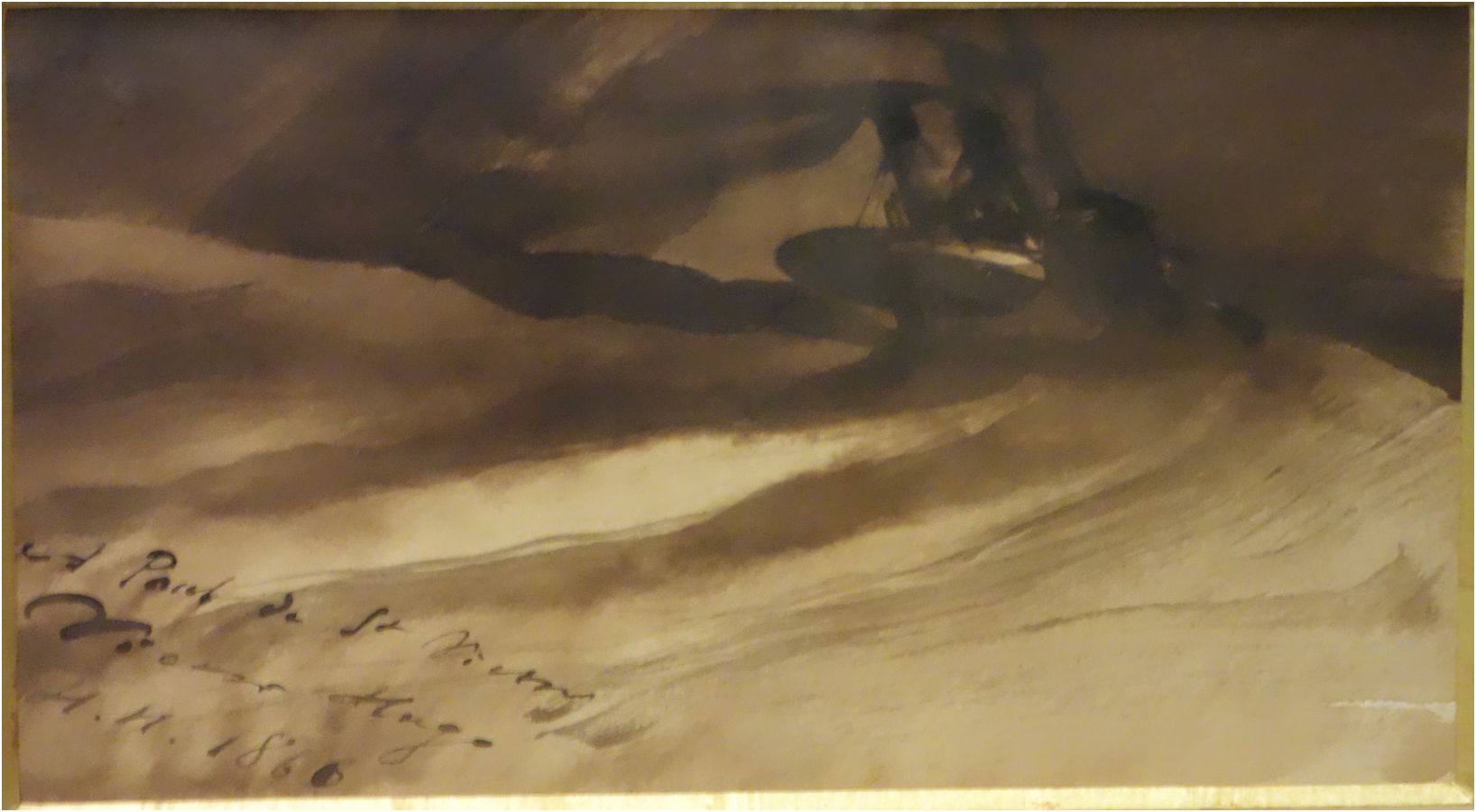 Victor Hugo’s Toilers of the Sea is one of the best known of all books written about – and on – Guernsey. Completed in 1866 when Hugo was living in exile in St Peter Port‘s Hautville House (below), it was originally published in French under the title Les Travailleurs de la mer.

The inscription in the front of the book reads, “I dedicate this book to the rock of hospitality and liberty, to that portion of old Norman ground inhabited by the noble little island nation of the sea, to the island of Guernsey, severe yet kind, my present asylum, perhap’s my tomb’.

Plot of Toilers of the Sea

It’s the story of Gilliatt, a Guernsey local treated by his neighbours with suspicion, until he proves his worth by salvaging a boat in the hope of marrying the boat owner’s neice (click here for a full summary on one page of Toilers of the Sea – includes spoilers).

It’s largerly realistic apart, perhaps, from a fight with a giant octopus, which is nonetheless integral to the plot. Structurally, it’s broken into three books, the second of which concerns the salvaging of the boat. The other two, which sit either side, deal with Gilliatt’s motivation and the eventual outcome.

The book has held up well, considering its age, although Hugo does revel in detail, and includes several long tracts of opinion or stated fact that would seem out of place in modern fiction. He also guides the reader carefully, frequently reminding them that he has discussed certain matters before.

Free downloads of Toilers of the Sea

Toilers of the Sea is now out of copyright and free to download. eBook versions are available from Project Gutenberg, and the audiobook has been posted to Librivox. You’ll find them through these links:

The image at the top of the post, from the Collection privée / Musée des Lettres et Manuscrits, Paris, is Victor Hugo’s own drawing of the Durande, from November 1866.

Read more about Toilers of the Sea

Toilers of the Sea appears in The Sarnian, the explosive adventure series in which the discovery of a dead body on one of Guernsey's most secluded beaches blows the lid on a world of intrigue and deceit.

Toilers of the Sea in brief

Victor Hugo’s tale of Guernsey mariners, and Gilliatt in particular, concerns honour, love, betrayal, and how the upright deal with disappointment. Hugo dedicated the book to Guernsey in gratitude for the island offering him sanctuary while he was exiled from France.

Published in French in 1886, Toilers of the Sea has been translated into several languages, and also made into at least five English-language films, the most recent of which was released in 1953. Copyright on Victor Hugo’s original text has now expired and it can be downloaded for free from several online sources.

Toilers of the Sea: a summary
Summary of the complete book on one page