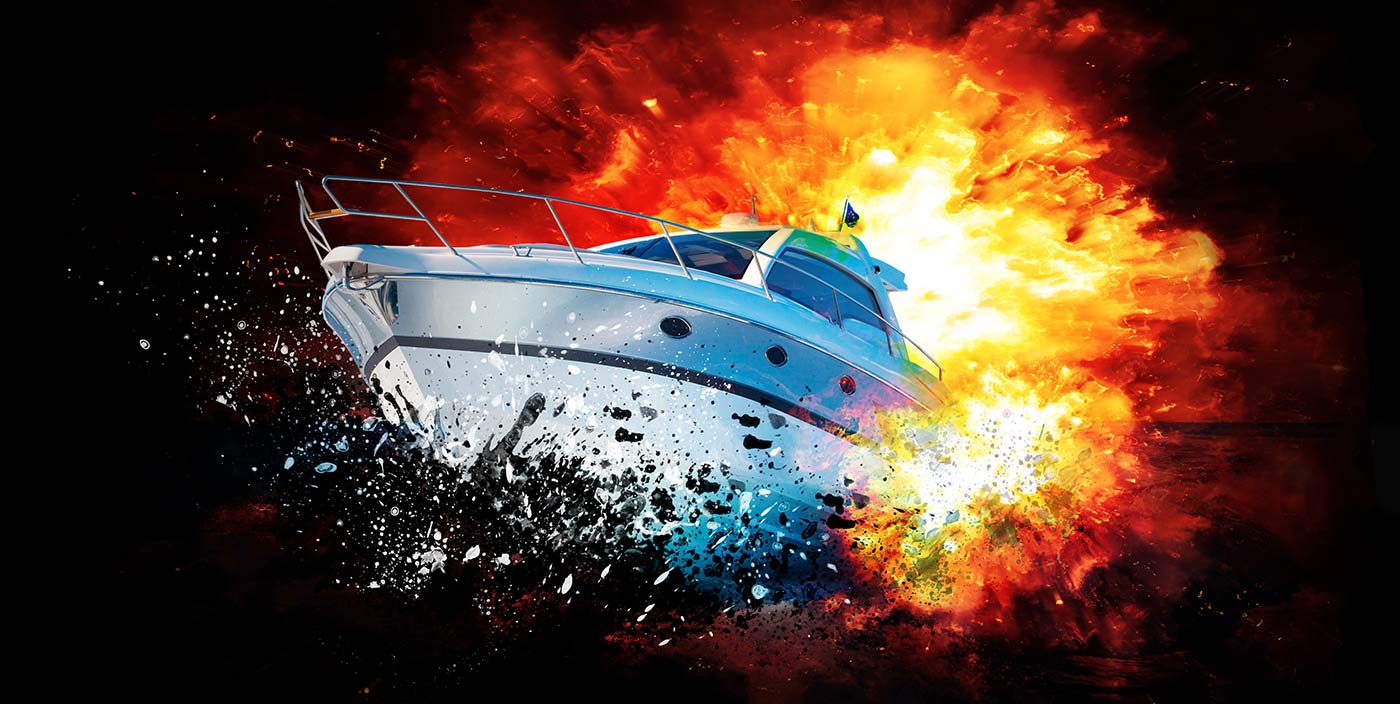 A body on a beach, an impossible alibi… and an unstoppable race against time 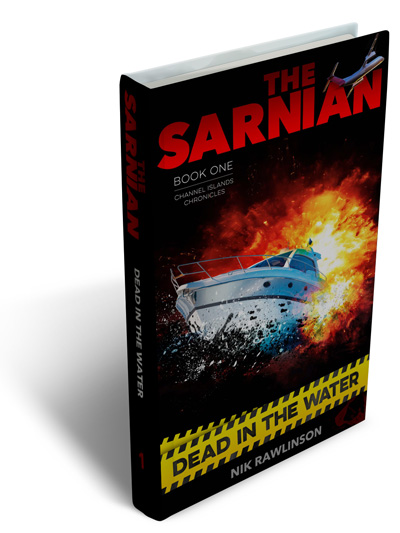 Oliver Carey discovers a body in Marble Bay, and sets in motion a chain of events that turns his world upside down.

Tasked with reporting the news — not becoming a part of it — he finds himself the focus of the police enquiry, and pulled in two directions.

How can he prove that he isn't the killer, while bagging an exclusive story — one that will keep his editor happy and help him keep his job? For if Carey is fired, he loses his access to the Sarnian archive, and with it the only chance he has of answering the question that brought him back to the island two years before:

What became of his father — and what happened the night he disappeared from his boat in the waters off Guernsey?

Download Part One of ‘The Sarnian: Dead In The Water’ for Free

Download Part One of ‘The Sarnian: Dead In The Water’ for Free 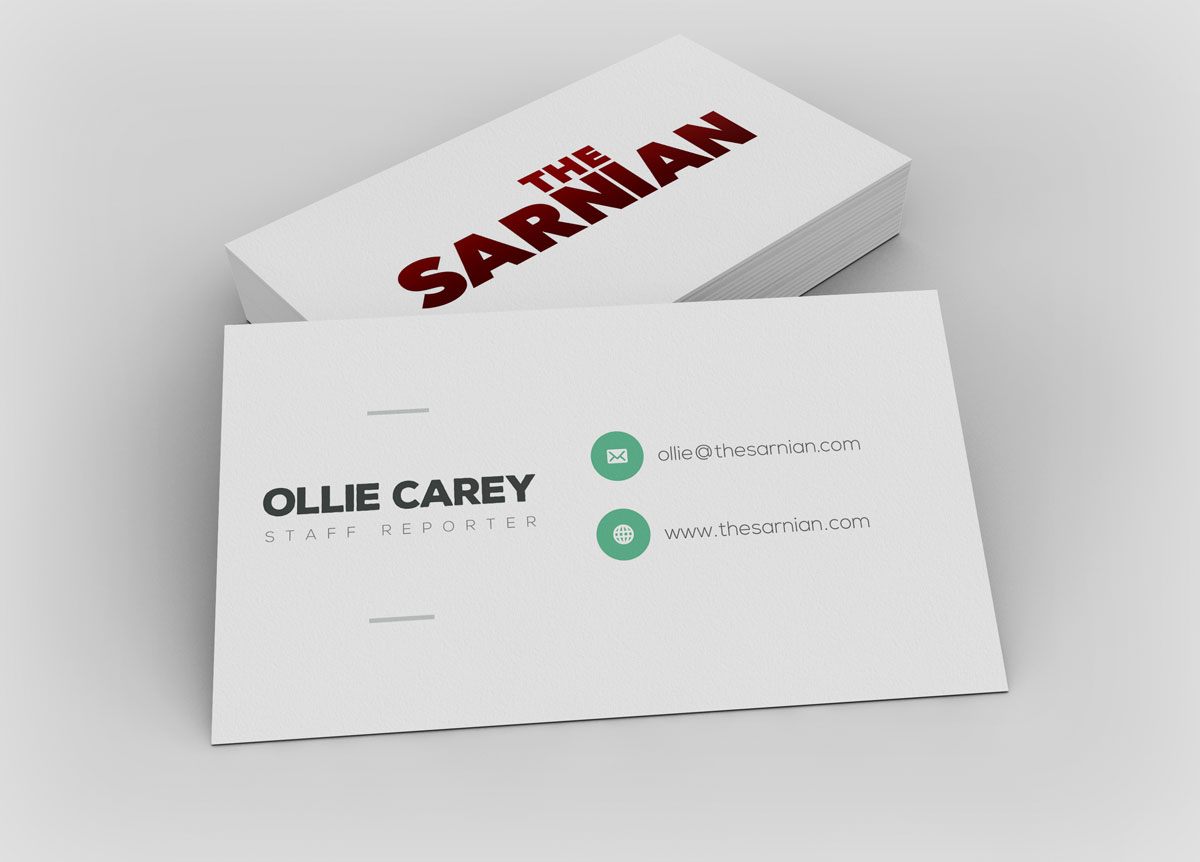 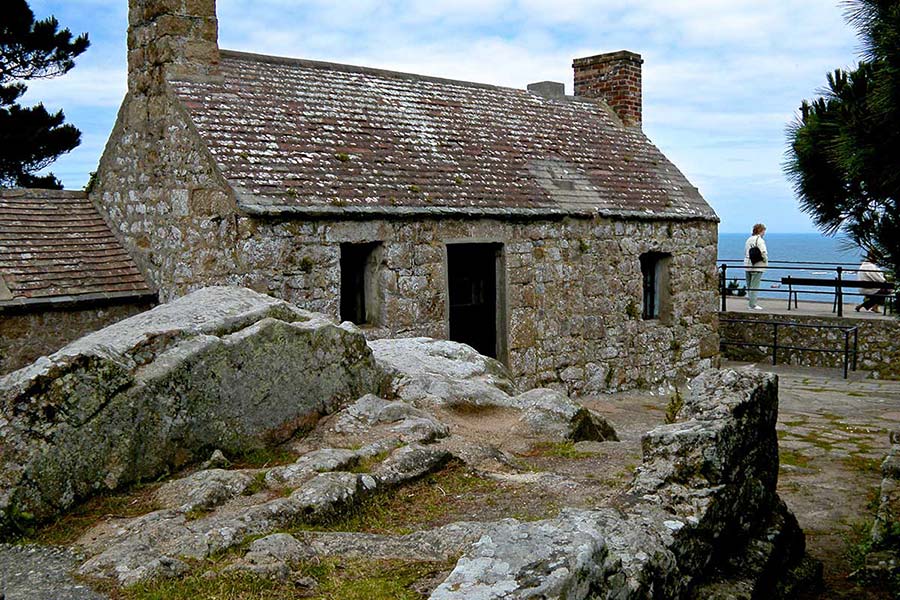 Guardhouse sitting on a high rock above the west coast. Used by the Consortium for passing messages. 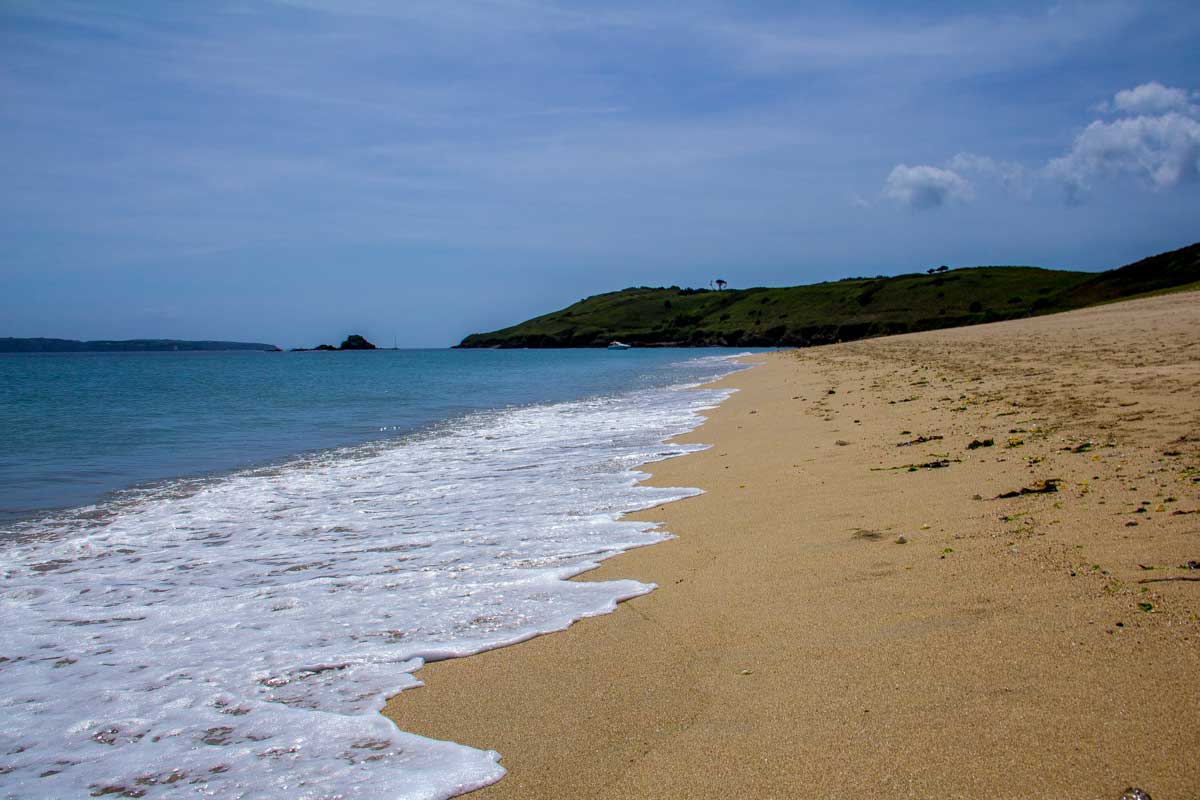 Small island close to Guernsey, separated by a channel of water called the Little Russell. 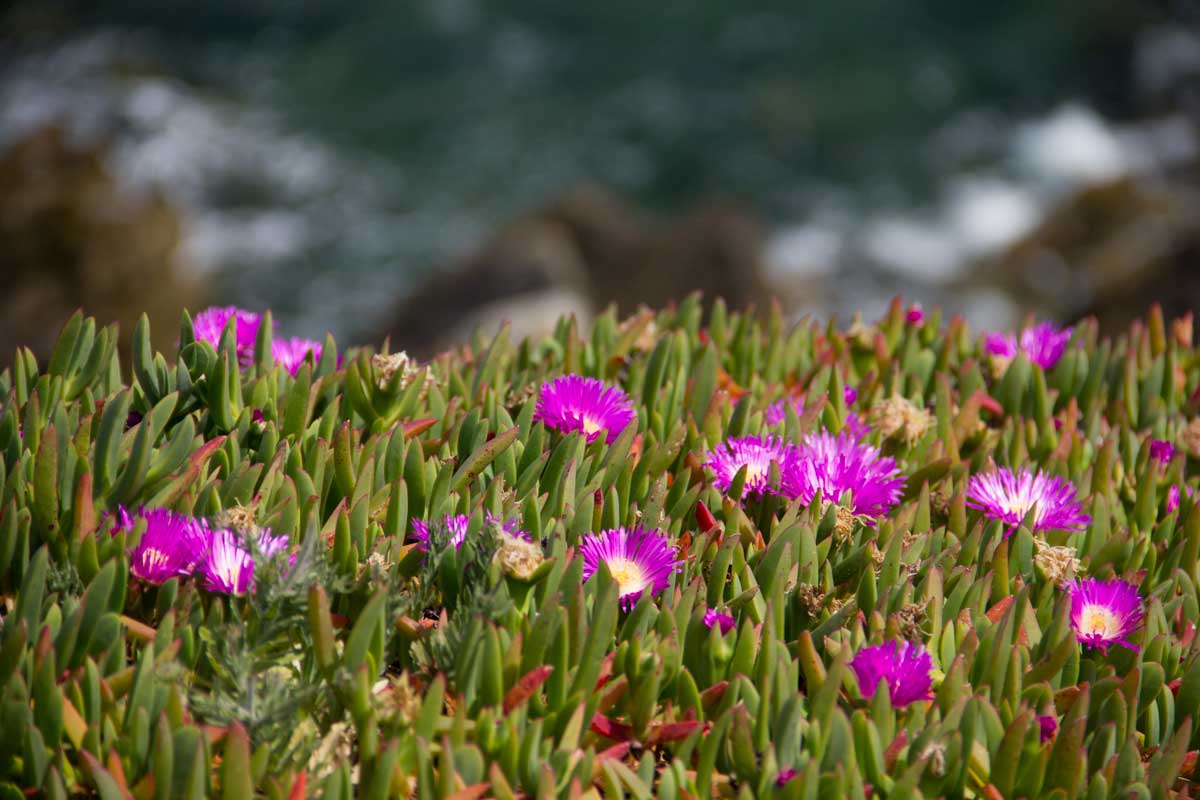 Also known elsewhere as ice plant, sour fig and pigface, hottentot fig is a succulent plant that ranges freely over many of the coastal headlands around the island. The leaves are fat, soft spikes, while the flowers range from white through yellow to pink. It can grow in very inhospitable and quite dry locations.

From the logs of Remus Carey, as translated by Christine Le Page

'So what's your involvement in all this,' he asked at last.

I knew the question would have to be asked at some point — and answered, too — but until I'd seen them crossing the sand I'd been banking on Bichard being with us. At this point he might have jumped in with an answer, and I'd not considered it any further since casting off from Portelet. He'd caught me unprepared.

'I'm… a floating agent,' I said. I hadn't intended to use a pun quite so crass as that, but it largely explained what I did without being too specific.

'For the States Police?'

'For Europol. Although right now I'm seconded to Interpol. For the duration of this case, at least.'

'Of course.' I walked to the back of the boat and leaned over. I filled my empty bottle with water, waiting until the last of the bubbles popped out of the neck before letting go. It quickly fell and faded from view, dropping in just a few seconds down to the sea bed where over the years it would once again become sand. As I watched it go, I realised that now it was I who was giving myself away by hiding my face from Renouf. 'We often work together,' I said, turning to face him again, presenting as open and honest a face as I could. I made sure I didn't cross my arms, but put them behind me and held on to the deck rail.

He didn't seem convinced, despite the fact I was telling the truth — to a certain degree. I worked for Europol; I just happened to be working with Interpol. He didn't need to know the exact relationship.

'Am I not right in thinking that Europol has no jurisdiction here?'

'We have jurisdiction,' I told him. 'We just don't have powers of arrest.'

'So what are you? Liaison?'

'I see. And who are you assisting this time?'

'You,' I said, digging out the rods. I squeezed the bag of bait. It was starting to soften around the edges, but still there was ice at the centre.

Renouf tapped his front teeth with the neck of his Breda. 'Are you sure it's not the other way around?'

He dragged across the chair he'd been sitting on as we motored out of Portelet, span it around and sat on it backwards — like Christine Keeler in that photo. 'You can only assist me if I'm taking the lead.'

'And I can only take the lead if I know what's going on.' He cocked his head on one side. 'But I don't.'

I handed him the rod I'd made up. 'Can you bait your own hook?'

He nodded, and put it down on the deck. 'So, why don't you tell me what this whole case is really about, and then perhaps you can do your job and offer me whatever assistance you think I might need.'

I had to give him his due; he was good — as Bichard had insisted — and I wouldn't have liked to find myself facing him across an interview room table.

'I'll level with you,' I said, setting down my own rod. 'It sounds like you know as little about this as I do. This whole case is somewhere up there—' I lifted my hand up to arm's-length '—way above either of our heads.'

'Perhaps,' I concurred, humouring him, although I was certain that he knew far less than I did. 'The thing is, whatever this smuggling case might be about — whatever they're bringing into or out of these islands — there's talk of a leak, or some inside involvement.'

He didn't flinch. I watched him carefully, for widening eyes, fiddling fingers, an unconscious shuffling of the feet either side of the chair. There was nothing.

I nodded. 'I need someone on the inside. Someone I can trust.' I paused to give what came next some emphasis. 'Bichard tells me you're the best.'

He stretched and he smiled. 'You know,' he said. 'I don't think I'm in the mood to eat fish tonight.'

He looked across at St Peter Port. Allowing for the loop around Castle Pier, the harbour was less than a mile away. 'Why don't you drop me off in town,' he said, 'and tomorrow I'll make some discreet inquiries.'

'Of course,' I said, and I thanked him, for what good it might do.

I dropped him off, and as I cruised back towards Portelet, I replayed the course of the evening — the closing act in particular. I had a hunch that Renouf had told me more than he'd planned as our conversation drew to a close.

The stretching, the smiling, the wistful glances across to the harbour. He might have been sent there on Bichard's command, but that was merely good fortune. I couldn't help feeling that as soon as he'd seen what was happening, once he had an inkling of what I was doing — and why — he'd been mining me for information, just as I was mining him.

The difference, I was fairly sure, was that I had given him nothing, while his body language, and the urgency with which he'd drawn our excursion to a close so far from his car, his transport home, had told me far more than he realised.

Perhaps he wasn't as good as Bichard seemed to think.