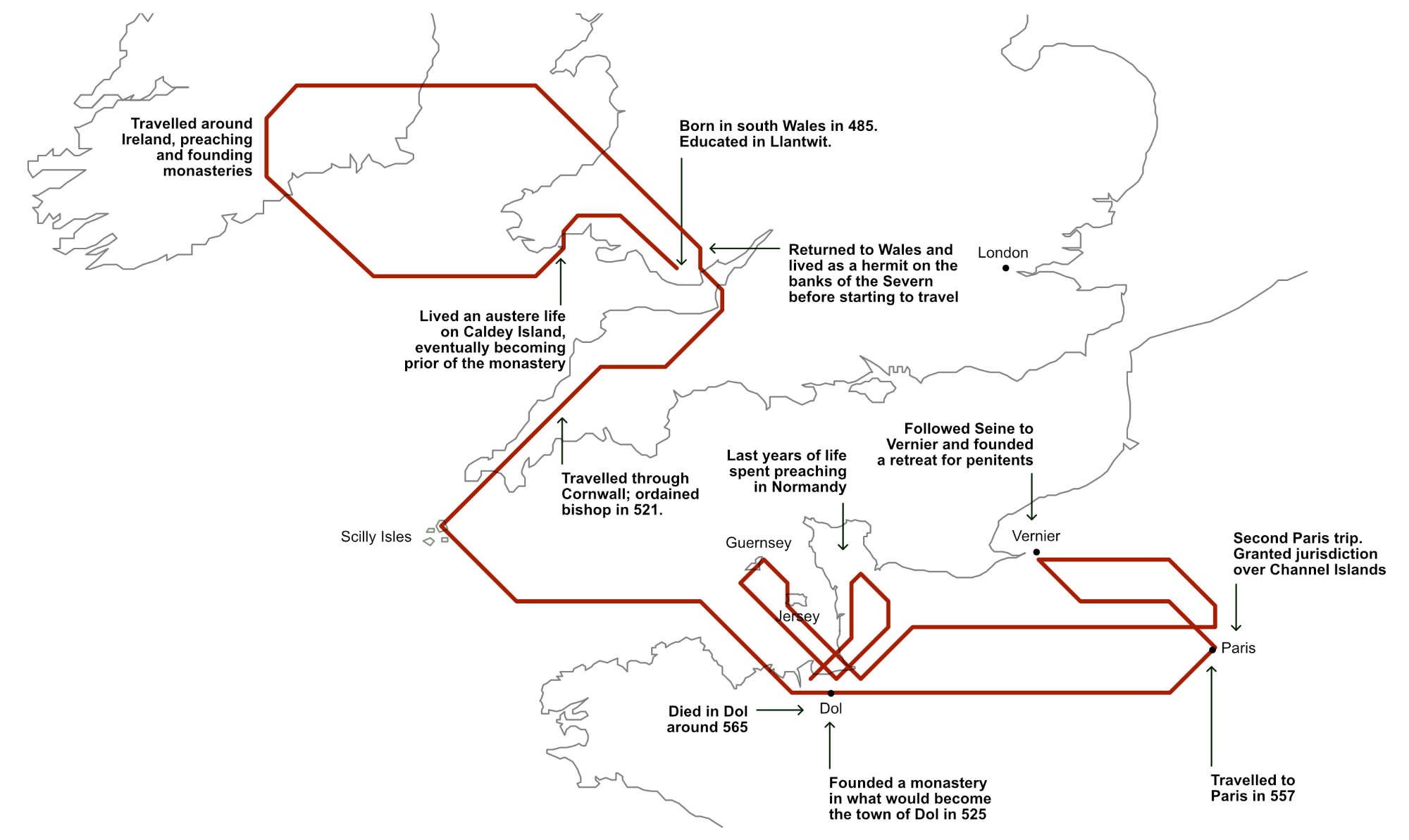 Guernsey’s patron saint, St Sampson (or Samson), was a Welsh-born monk who, despite being grandson of the King of Glamorgan, spent time as a hermit off the Welsh coast, notably on Caldey Island, close to Tenby.

He later traveled around Ireland where he either founded or revived a monastery – the details are unclear.

He was ordained a bishop at the age of 35, and then had a vision telling him to travel. His subsequent journeys brought him, via Cornwall and the Scilly Isles, to Guernsey, where he established a wooden chapel said to be close to where St Sampson’s parish church stands now.

He later founded the monastery of Dol, in Brittany, in whose cathedral he is buried. He is Guernsey’s patron saint, and his feast day is 28 July.

The name Sampson is important to both Remus and Oliver Carey in The Sarnian series, as it is the name of the cat that lives aboard the Huffin’ Puffin.

St Sampson’s travels appears in The Sarnian, the explosive adventure series in which the discovery of a dead body on one of Guernsey's most secluded beaches blows the lid on a world of intrigue and deceit.

Guernsey’s patron saint was born in Wales and traveled extensively in souther Britain, Ireland and France before he came to the Channel Islands. He is remembered for founding the town of Dol in Normandy.

St Sampson is better known as St Samson elsewhere – particularly in France and Ireland. Although his exact dates of birth and death are unknown it seems that he lived to become a very old man, dying aged 80.

Guernsey flag
Guernsey has had several flags over the years