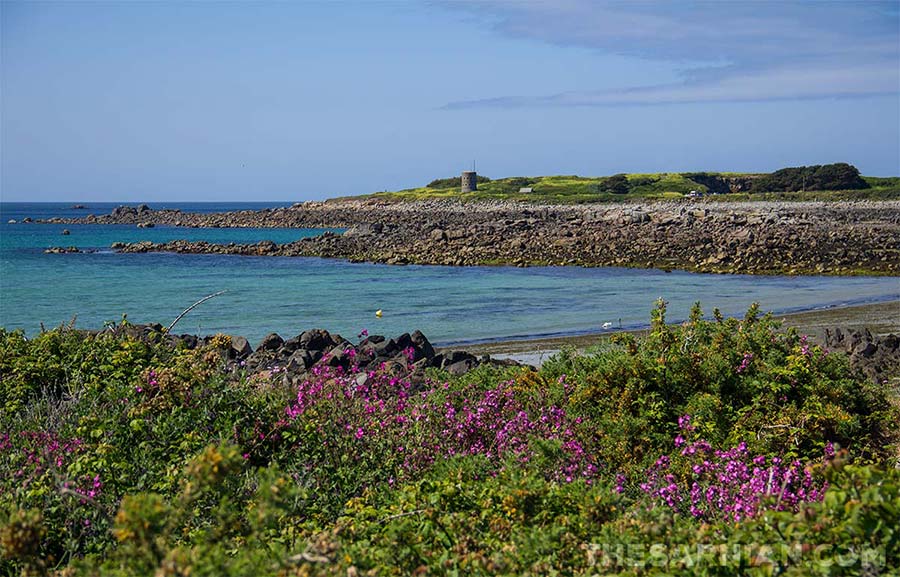 Chouet sits at the north western point of Guernsey, alongside L’Ancresse Common. It is a headland, pointing directly west, just above Ladies Bay. The beach there is frequently used for autocross car racing.

In book 1, Dead in the Water, we learn that chief inspector Miles Bichard of the States Police races his car there every month, much to his wife Marlise’s dismay. It was after winning a race there several decades ago that he first met Christine Le Page.

Chouet, she remembered. That was the beach where they’d first met, when she’d been helping her father keep time at the races as Bichard had crossed the line first. His souped-up Capri had lead the field from the start, swallowing up the rippled beach while the others wobbled about in his wake.

Chouet is also the home of Kira Spooner, editor of The Fleet.

Cars have been racing on Guernsey at Chouet and elsewhere since 1969, when the Guernsey Autocross Club staged its first official race in St Sampson’s Harbour (it wasn’t the large, defined harbour that it is today back then). Eleven cars took part in that first race, but over time participation grew until at once point there were 120 of them on the sand. In 1970 the club moved to Chouet, although some races also happen at Vazon.

This video, shot on a windy day in 2009, shows the cars racing on the sand at Chouet.

Chouet appears in The Sarnian, the explosive adventure series in which the discovery of a dead body on one of Guernsey's most secluded beaches blows the lid on a world of intrigue and deceit.

Chouet is a headland on the north western coast of guernsey. It has a small car park and a kiosk. The area is probably best known as the place where autocross motor racing takes place at weekends.