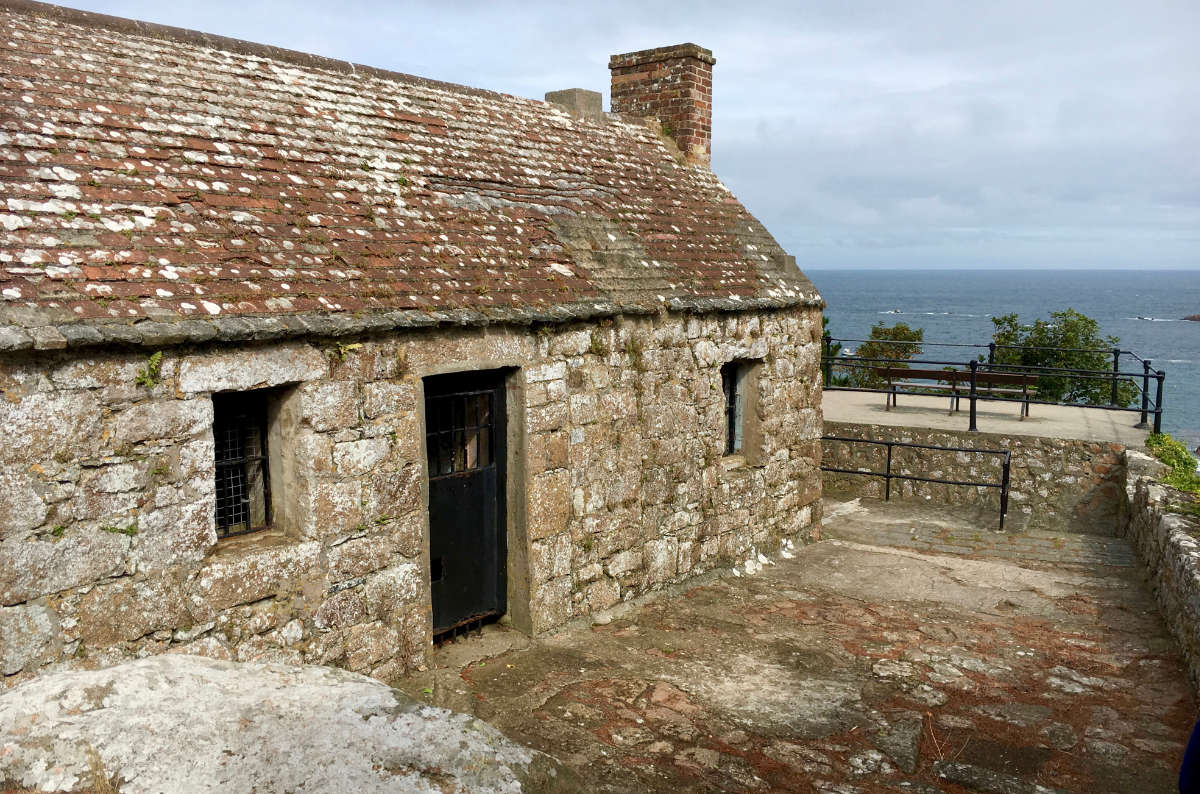 Le Guet is a Naopleonic watchhouse built on a high pink rock behind Cobo Bay in Catel parish. Its position gives views right up the west coast and several miles out to see. Built in the middle of a wood of pines, it’s a popular place for walking. Guernsey Museums and Galleries puts the date of construction for the current building at 1780, although other buildings would have occupied that position for several centuries.

The name Guet is derived from the French verb ‘guetter’, meaning to watch, which naturally nods at its original use and the fact that the view from that position stretches so far (see above).

It is reached from the back of Cobo Bay by way of La Banquette and a sharp turn into Lande Street, both of which climb steeply from the coast and must be taken with care.

Despite the fact that the area is popular with dog walkers — and many of the trees in the surrounding woods are adorned with rope swings — the Consortium uses a crack in the wall of the watchhouse as a dead letter box for passing messages. Primarily these are deposited by Renouf and collected by Marie when she sees his mark on the benches in the Market Square in Town.

Read more about The Guet

The Guet appears in The Sarnian, the explosive adventure series in which the discovery of a dead body on one of Guernsey's most secluded beaches blows the lid on a world of intrigue and deceit.

The Guet in context

The Guet in brief

Sturdy watchhouse built on a high rock behind Cobo Bay. Its position affords it enviable views up the west coast and out to sea, and the woods in which it is built are popular with walkers.

It is used by the Consortium for passing messages, with a crack in the stonework and a loose piece of mortar acting as a dead letter box.